The manor house was the central part of the residence and farm. It is surrounded by a certain number of buildings and developments related to its privileged status and the diversity of activities that went on there.

Among these buildings, is the Haut Vaugarny farm, or “Métairie”, made up of Le Logis, La Boulangerie and the huntsman’s house. It dates back to the 17th century on the Napoleonic land register.

On the chimney lintel in the huntsman’s house, you can still read the words “Monseigneur Pierre Guy du Pontavice du Vaugarny wed Margueritte de Piolley in 1777,” referring to the noble owners of the estate at the time.

Our research has allowed us to discover the aristocratic owners of the manor from 1390 to 1861. An architectural analysis confirms that the manor dates back to the 14th century and was remodeled in the 17th century by the Du Pontavice family, Lords of Saint-Laurent de Terregaste, who still owned the estate in 1789.

The Manoir du Vaugarny is the only building in the village of Saint- Etienne-en-Coglès to still possess its granite dormer windows presenting a triangular pediment, an overhanging frame and a scalloped windowsill. 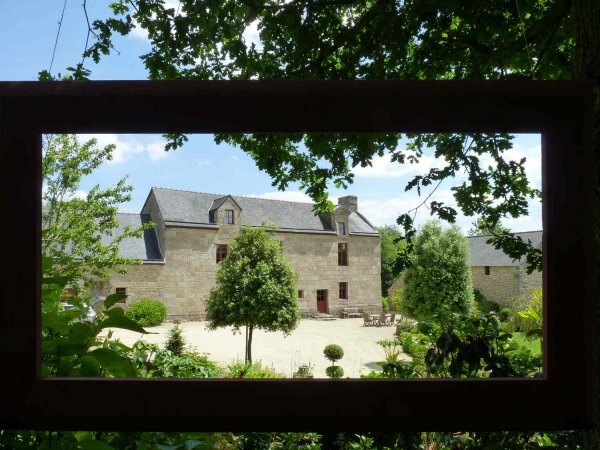